If you are looking for Nevada movers, then you have found the right place. Movers Corp helps to find professional Nevada moving companies. Simply enter your zip code in the search box to view available Nevada moving service providers in your area, compare the rates and read reviews. You will also find many tips and information that will help you to have a smooth move.

If you're googling for cheap Nevada moving companies, you'd better do your homework first before hiring one. Unfortunately, there are some scam artists that pretend to be licensed and insured movers in NV. Don't fall for low hourly rates, these people are not movers.
Internet Moving Scam

If you hire a residential moving company in Nevada to relocate your belongings to the new home, make sure you have knowledge of the exact services that are included in your estimate. Of course, the company will charge you for the move itself, but be aware of hidden costs of moving.
The Cost of Moving

People that never moved before assume that moving will take all their money but it doesn't have to if you prepare a little better and ahead of time. There are many things you can do to cut down your moving expenses without risking quality or safety!
Money Saving Tips

Are you moving to Nevada or locally to another home in the state? Either way, we can help you find local helpers and moving companies in Nevada that can professionally transport your household items from one home to another. We also provide assistance for DIY movers such as loading and inloading of rental trucks and containers. Nevada is situated in the Western region of the United States of America. The largest city in Nevada is Las Vegas and the capital is Carson City. The state is also called the "Silver State" because of the large amounts of Silver deposits that were found and mined in that location. Nevada acquired its name from the Spanish name "Nevada" which means "snow covered". Busy season for Nevada moving companies usually identifies summer season. This also means that hiring local movers during this time is a little bit more expensive. Browse through our local movers and moving labor providers to find moving services in the area that fit your needs and budget. The Las Vegas area is located in the Mojave Desert. During winter this area receives a low amount of rain, but when summer arrives the climate is much closer to that of the Arizona Monsoon.

Unregulated gambling was commonplace in Nevada during the early mining days but was outlawed in 1909. Subsequently, the output from mining declined as well as the decline of the agricultural sector. This occurred as a result of the Great Depression and Nevada re-legalized gambling in 1931. Banning gambling has not been discussed as it has become Nevada's primary source of revenue to this day.

The Nevada Test Site was established in 1951 for the purpose of testing nuclear weapons. This located is well known for the highest level of concentrated nuclear discharged weapons anywhere in the United States.

The economy of Nevada thrives on tourism and agricultural products. Resort locations such as Reno, Las Vegas, Laughlin and Lake Tahoe attract a number of visitors from the United States as well as from around the world. The agricultural outputs of Nevada are alfalfa, hay, onions, cattle, and potatoes. Some of the industrial productions are machinery, tourism, mining, food processing, printing, and publishing as well as electric equipment.

Portions of the state that are outside the Reno Metropolitan Area and Las Vegas are dependent on cattle ranching and mining as their major source of economy. The most valued mineral is gold while silver is second. Other minerals that can be found in these areas are copper, lithium, gypsum and diatomite. Even though Nevada is quite abundant in these minerals the prices are generally very high.

Cattle are also an important aspect of the economy in these areas. Much of these animals graze on rangeland in the summer and receive a supplementary feed in winter. Calves are sent to feedlots that are situated out-of-state in order to be fattened for the market.

Nevada also has some of best the locations that are known for its breathtaking views and historical value. Death Valley National Park, Pony Express National Historic Trail, California National Historic Trail and Great Basin National are some of these locations. The Humboldt-Toiyabe National Forest, Bootleg Canyon, Ash Meadows National Wildlife Preserve and Mount Charleston Wilderness are a few of the well-known locations that can be found in Southern Nevada. 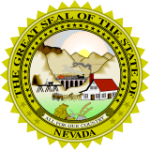