If you are searching for professional California movers, then you have found the right place. Finding dependable California moving companies has never been so easy. Just enter your zip code and moving day in the search box to view available CA moving service providers in your area. You will also find many tips and information that will help you with a move.

Should I hire professional movers in California or just do it myself? Find out what you get by hiring a full-service residential moving company and also with the self-service option.
Self Service VS Full-Service Movers

There are many different types of moving boxes and packing supplies. Moving boxes are manufactured differently to meet certain moving industry specifications, and use of these boxes makes it much easier to transport items.
Moving Boxes

One of the most important stages in hiring a dependable moving company in California begins with sorting through the moving rates and quotes. Getting a good estimate of the varied moving companies available in your area will help you make the most efficient decision and save you some money for other things.
Moving Quotes and Estimate

Whether you are moving across the city or across the country, you want to save money on your move like everybody else. And part of the process is to find a less expensive California moving company to transport your household goods. But are cheap movers able to offer high-quality service?
Cheap Moving Companies

Are you moving to California or within the state? Either way, MoversCorp can help you find affordable movers in CA that will take care of your move. Our movers and helpers are ready to help with your local and long distance move. Whether you are looking for a moving labor for DIY move or cost effective California movers for in town move we got you covered. California, also known as Golden State, is located on the West Coast of the USA along the Pacific Ocean. It is the third largest state by land area (160,000 square miles) after Alaska and Texas and also the largest state by population in the United States with over 38 million residents. The eight of the top 50 U.S. populated cities are in California. The best time of the year to move to California is May-August, around the end or beginning of the school year. This is also the busiest time for local moving companies in California. Many companies will raise their prices during this period. Browse through our services providers to find low-cost movers and moving labor providers for your next move.

Los Angeles is the nation's second largest populated city, followed by San Diego. California is known as one of the richest places on earth, it ranks amongst the ten largest economies in the world. The state offers something for every age; Disneyland, Hollywood, beautiful beaches, vineyards, national parks, incredible skiing opportunities, and quiet northern forests. So if you are moving to California, you will not be disappointed. California is also a very diverse state with many ethnic groups. California's capital is Sacramento.

The name California is believed to have derived from peopled by black Amazons and ruled by Queen Califia. The kingdom said to be a remote land inhabited by griffins and rich in gold. California was home to different tribal groups prior to the arrival of Europeans explorers in the 15th century. The Spanish Empire was the first to settle in California and established twenty-one missions in the state. Many of those missions survive till nowadays. In 1848 after the large discovery of gold in the Sierra Nevada Mountains, the state's population rises from 15,000 to 300,000 within two years. On September 9, 1850, California became the 31st state admitted to the United States.

California varies greatly, ranging from the forested northern areas to the rugged interior mountains to the southern desert. Sandwiched in the center of the state is the fertile Central Valley, home to a massive amount of agriculture. California contains extremes in elevation, the Mount Whitney at 14,505 feet being the tallest mountain in the contiguous 48 states, while less than 200 miles away at 282 feet below sea level is North America's lowest point. 45% of the California's total surface area is covered by forests. The Sacramento River and the San Joaquin River are the two most prominent rivers in California. 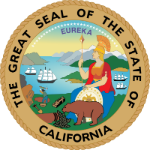 
Moving Companies California - Get Free Local Moving Quotes from Movers in CA
Navigate through the cities and counties below to find a moving company in California that is right for your budget and meets your requirements. Movers Corp offers only local moving services in California, we do not provide long distance services.