If you are browsing the internet for residential Kansas movers, then you have found the right place. Hiring dependable Kansas moving companies have never been easier. Just enter your zip code and moving day in the search box to view available KS moving service providers in your area. You will also find many moving and packing tips that will make your move smoother.

Here are some helpful moving tips on how to organize and prepare for your upcoming move. Moving can be a simple and quick task if you start planning in advance.
Moving Tips

No matter what type of service you choose for your move, planning and organizing in advance will make a significant difference. Moving day will be much smoother if you already prepared, but there is still important work to be done.
What To Do on Moving Day

There are two types of moving quotes: binding and non-binding. Each KS moving company prepares the estimate in a different way, and these quotes can vary by hundreds of dollars. Follow the article to find out the benefits and disadvantages between binding or non-binding quotes.
Binding and Non-Binding Moving Estimates

Hiring Kansas movers, buying moving boxes and supplies, realtor fees and etc are included in the moving costs and it can easily add up if you don't plan your move. One of the ways to save money on your move is by getting rid of stuff that you are not going to use in your new home.
Get Rid of Junk to Save Money

If you are you moving to Kansas or the surrounding areas, we can help. MoversCorp is more than just a marketplace of local moving companies in Kansas. We've been offering moving labor and movers in Kansas to help people with all their moving needs.

Whether you are moving in town or across the state lines, we can help you find an affordable and reliable Kansas moving company. Give us a call or search through our listings of movers and helpers.

The State of Kansas is situated in the central region of America and is also a Midwestern state. This particular location is often known as the American "Heartland". The state of Kansas originally inhibited its name from the Kansas River which flows through the state.

May through August is the busiest time of year for Kansas moving companies. Fall and winter are usually less active seasons for local moving companies, so that means there’s always a chance for the better deal.

Kansas is said to be one of slowest growing states in the United States of America. During the last few decades, Kansans have been migrating from the countryside into cities. This is known as a rural exodus. According to a research, there are more than 6,000 ghost towns in Kansas as a result of migration.

Kansas also has certain cities and towns that are known to quite important. Northeastern Kansas is one such portion of the state that is said to have a rich history and 1.5 million people call it home. Overland Park was founded in 1960 and is quite a young city when compared to its neighboring cities. Overland Park was also named as the 6th best place to live in a recent research that was carried out.

When traveling a little bit further to the north of the state one can find Kansas City, Kansas. There are a number of attractions in this location such as Kansas City T-Bones, Kansas Speedway and The Legends at Village West entertainment and retail center. The city is also home to Fort Leavenworth which is the oldest active Army post located towards the west of the Mississippi River.

Wichita is the next most popular city in the state of Kansas. Wichita has the largest amount of population and land area in Kansas. The city is said to become the mecca in the Midwest as it has a variety of registered historic areas, entertainment destinations as well as museums.

In present day Kansas is one of the most productive agricultural locations in America. Kansas leads the state in sunflower, wheat and sorghum production is most years. 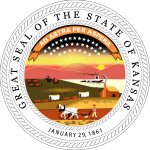 Moving Companies Kansas - Get Free Local Moving Quotes from Movers in KS
Search cities and counties to find a moving company in Kansas that professionally offers exclusive low prices on packing and moving services in Kansas.