If you are searching for professional and affordable Colorado movers, then you have found the right place. Finding residential Colorado moving companies has never been so easy. Just enter your zip code and moving day in the search box to view available CO moving service providers in your area. You will also find many tips and information that will help you with a move.

Customers rely so much on the movers providing a good service that they do not think of them as service professionals. Tipping any service provider is not required, but it's customary to tip someone when the task was performed well.
How Much to Tip Movers

One of the great moving tips you'll ever find is to get rid of the junk before movers arrive. Not only it will help you to have a clutter-free new home, but it can be a valuable factor when you're hiring a moving company. Why pay movers to move useless items from one home to another.
Get Rid of Your Junk Before The Move

There are many local Colorado moving companies around and selecting the right one can be a little difficult. Here are a few tips on how to hire licensed and insured movers in CO.
Licensed Moving Companies

Colorado is a great place to live. A large number of families and individuals relocate to Colorado each year. So, if you are one of those families, we will be happy to help you with your moving needs. On our site, you will be able to find local Colorado movers and helpers that can professionally help you with any task. To make the process of hiring moving companies in Colorado, we publish the moving prices, services offered, and even an option to book a company online.

Colorado is a diverse region of mountains, plateaus, red deserts, and canyons. Whether it is urban living or resort-style, home options include everything from towering mountain homes to luxury estate houses. If you are planning to move locally in Colorado, don't forget to check the local movers on our site.

Usually, the best time of the year to relocate to Colorado is spring and summer. April to July is typically the optimal time to move because of the weather. Moving prices in Colorado also increase during this period.

Colorado also known as "Centennial State" is located in the Rocky Mountain Region of the United States of America. Colorado is the 8th largest State, with 104,100 square miles of land and with a population of over 5,2 million people. Colorado was the 38th state to join the nation; it became a state on August 1, 1876. Denver is the capital of Colorado and the most populous city. The bulk of the population lives along the eastern edge of the Rocky Mountains.

Colorado used to be owned by Spain. In the early 18th century the area that is now Colorado was claimed by Spain, and later France controlled most of it. In the 19th century the Eastern part of Colorado became part of the Louisiana Purchase (a deal between France and the U.S.), with the rest remaining in Spanish, and later, Mexican, control until 1848.

The Rocky Mountains within Colorado contain numerous peaks that are 14,000 feet or higher elevation. The mountains are timbered with conifers and aspen to the tree line, at an elevation of about 12,140 feet (3,700 m) in southern Colorado to about 10,500 feet (3,200 m) in northern Colorado. It is the only US state that lies entirely above 3281 feet elevation. Colorado has many recreational parks including Rocky Mountain National Park.

The State of Colorado is a leader in manufacturing and also a major agricultural and mining state. The most important mineral resources are petroleum, coal and natural gas. The eight of the largest natural gas fields and three of the largest oil fields in the United States are located in Colorado.

Every year American Indians gather in Denver, CO to honor their heritage that has been passed down through generations. More than 80 Indian tribes from 50 states come to celebrate their history and culture through arts and crafts. 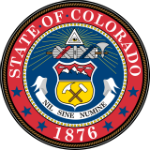