If you are browsing the internet for professional Kentucky movers, then you have found the right place. Hiring best Kentucky moving companies has never been easier. Just enter your zip code and moving day in the search box to view available KY moving service providers in your area. You will also find many moving and packing tips that will help you with a move.

KY local movers offer moving assistance for DIY customers. If you are moving out of state, consider hiring professional service on both ends to help you with loading and unloading of your truck.
Loading and Unloading Services

Relocating from one home to another is never an easy process and sometimes it leads to making mistakes. Making mistakes when relocating isn't just irritating but it can also be costly. Here are some tips on how to avoid those common mistakes.
How To Avoid Moving Mistakes

Relocating to a new place can make a lot of waste from packaging materials and moving boxes. The following tips will help you to make local and long-distance moves greener.
Green Moving Tips

Are you relocating to Kentucky or moving locally within the city? MoversCorp can assist you to find moving laborers and professional movers in Kentucky. Our network of local moving companies can assist you with your full-service or DIY move.

Moving companies in Kentucky list their services and moving rates through our website. Simply go through our list of helpers and movers to find a mover in Kentucky that is right for your move.

Kentucky is located in the East-Central part of the country. While Kentucky is usually considered to be a Southern state, it's still sometimes geographically included in the Midwest. Kentucky is one of only four states known as a commonwealth. The state was once part of Virginia, and in 1792 it officially became the 15th state to be admitted into the Union.

Nicknamed "The Bluegrass State", Kentucky contains many pastures and lawns where bluegrass appears to be present. The landscape is very diverse, and the resources are abundant. The longest cave system in the world is located in Kentucky, as well as the two biggest man made lakes found in the eastern part of the US.

Summer is a great time for families with children to relocate to Kentucky. It gives your children few months to adjust to a new home and make new friends. The downside of it is that local movers in Kentucky usually raise their prices during peak moving season.

The state is home to the largest number of turkey and deer in the entire country. Kentucky also has one of the most productive coalfields in the US. Some of the most popular activities in Kentucky include horse racing (The annual Kentucky Derby), bluegrass music, bourbon distilleries, tobacco growing, car manufacturing, natural gas production, carpentry and more.

In addition to the Kentucky Derby, some other very famous attractions in the state include the Military Museum, Old Fort Harrod State Park, and the Mammoth Cave.

The origin of the name "Kentucky" has never officially been identified. One theory suggests that the term means "dark and bloody ground", but that has been debunked, as it isn't connected with any known language of the Native American tribes. Perhaps the most probable etymology of the term comes from the Iroquoian language and means "prairie" or "meadow".

Due to its southeastern location, Kentucky's climate can be mainly described as being humid and subtropical. All average high temperatures of each month are above freezing. The average temperatures in Kentucky range from 87 F in the summer and 23 F in the winter. All four seasons are experienced in Kentucky, with vast variations in the winter and summer.

Kentucky's wildlife reintroduction programs are some of the most successful in US history. In 1997, during the winter, the eastern counties decided to restock elk, even though they had been extinct from that area for nearly two hundred years. Within ten years, the state's herd had grown to be the largest east of the Mississippi.

The population of Kentucky has increased every single decade in recorded history. However, since 1900, the rural counties in the state have experienced a loss of more than a million people (from migration), while the larger cities have experienced a net gain. Kentucky's population center is located in the city of Willisburg in Washington County. 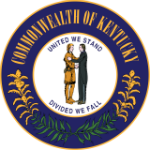 
Moving Companies Kentucky - Get Free Local Moving Quotes from Movers in KY
Access to a local moving company in Kentucky through the city and county pages listed below. Visit movers profile to learn about their prices and offered moving services in KY.