If you are browsing the internet for professional Iowa movers, then you have found the right place. Hiring Iowa moving companies has never been easier. Just enter your zip code and moving day in the search box to view available IA moving service providers in your area. You will also find many moving and packing tips that will make your move smoother.

Packing household goods is a big job, but it is the way to save money on moving costs. And a little common sense helps when packing for a move. Follow the packing tips prepared by Movers Corp for a successful move.
General Packing Tips

If you're planning to hire local movers in Iowa, there are many things you need to know to make sure that you are choosing a right moving company. Start out with the basics such as hourly rates, provided services, and license information.
Questions For Moving Companies

All licensed moving companies in IA must provide liability for the value of goods to any consumer. The company that you will hire must provide you with this minimal protection at no extra charge.
Moving Insurance

Moving is never a fun time for kids, especially for the younger ones. The kids have a lot of questions to ask, so make it a family time to provide their answers in an honest fashion.
Moving With Kids

Are you moving to Iowa or within the state? Whatever you moving and packing needs are, we can accommodate. We list helpers and moving companies in Iowa so your search becomes much simpler. Simply browse through our Iowa movers and moving labor providers to find a company that can move you professionally and in a timely manner.

And if you're renting a truck or a trailer, you may hire loaders and unloaders from our network to do the heavy lifting for you. Our movers in Iowa provide both local residential and commercial services.

Iowa is a state located in the Midwestern part of the US. In December of 1846, it became the 29th state. The state's name comes from the Ioway people, who were a Native American Siouan tribe that lived there long ago. Its nickname is officially the "Hawkeye State", although some refer to it as the "Tall Corn State".

Summer is usually the best time to move to Iowa if you have school-aged children. Moving during May-September gives your family more flexibility and time to find a right home to live in. Moving prices are higher during this time of year. Many moving companies in Iowa adjust the moving rates based on forecasted demand, so you may pay more for moving services rendered.

Iowa is separated from Wisconsin and Illinois by the Mississippi River, which forms the state's eastern boundary. On the western edge of the state is the Missouri River, which separates the state from Nebraska. The North / South boundary is formed with South Dakota by Big Sioux River in the northwestern corner. Minnesota lies north of Iowa, and Missouri lies to the south. There are dozens of natural lakes in Iowa, including Spirit Lake and the Okoboji Lakes. Man-made lakes in the state include Lake Red Rock, Odessa, Saylorville, MacBride, and others.

Tallgrass prairie and Savanna are the centers of Iowa's natural vegetation. Rolling plains make up the state's topography. Loess hills can be found at the western border of Iowa, and some are over a thousand feet thick. In the northeastern part of the state, near the Mississippi River, is an area of the Driftless Zone. In Iowa, this consists of an unusual landscape for the state--conifer-filled valleys.

Ninety-nine counties make up Iowa, including Polk County, wherein lies the state capital of Des Moines. Native Americans first came to the area of what is now Iowa around 13,000 years ago. They were both hunters and gatherers. By the time the Europeans visited the state, Native Americans had settled in mainly as farmers. They had complex social, political, and economic systems. This transformation was gradual.

The state's increase is natural, and it includes a net increase of nearly 30,000 immigrants from outside the country within the last few years. The state's most densely populated area is the city of Marshall Town, which is in Marshall County. 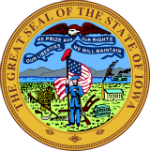 
Moving Companies Iowa - Get Free Local Moving Quotes from Movers in IA
Movers Corp lists packing and moving services in Iowa by cities and counties. Use the city locator to find a local moving company in Iowa for your home or business.