If you are searching for Minnesota movers, then you have found the right place. Finding reliable and affordable Minnesota moving companies has never been easier. Just enter your zip code and desired moving day in the search box to view available MN moving service providers in your area. You will also find helpful tips and information that will help you with a move.

There are different options in the nowadays moving industry. Choose the right type of move for you and your family regardless of the size of your household.
Types of Moving Services

Many people who have recently moved were completely surprised at how much the new boxes cost. For that reason, it is wise to look for used boxes that you can get for free.
Where to Get Moving Boxes for Free

If you are planning to hire a professional Minnesota moving service to relocate you, it is important to find movers that will make the process easier, not tougher. Therefore, you should know what to look into before booking a company for your moving needs.
How to Select a Moving Company

Portable moving containers are one of the most demanded options for long distance moves. This moving service is making a big influence throughout the country and altering the way people make out of state moves.
Portable Moving Containers

If you're moving to a new home in Minnesota, make sure to check out our moving companies and helpers in the area. MoversCorp provides professional movers in Minnesota to ease your relocation. Here on our site, you'll be able to view moving rates, read reviews, and hire a moving company in Minnesota that matches your needs. Minnesota is located in the Midwestern expanse of the United States. Minnesota is also known as the "Land of 10,000 Lakes". Minnesota also has some of the oldest rocks on earth.

Due to farming, logging, grazing and suburban development, much of the oak savannas and prairies in Minnesota have been destroyed. As a result of this change, native animals such as the elk, bison and pine marten have been greatly affected. Other wildlife such as the bobcat and whitetail deer is still thriving.

Thousands of people move to and out of Minnesota all year around. The best season for a move is summer and it's also the peak season for Minnesota moving companies. If you are planning to move during the busy month, you should plan at least 3-4 weeks in advance.

There is still a healthy population of moose and black bear and the state also has the largest number of timber wolves outside Alaska. The state of Minnesota also has a number of migratory waterfowl such as ducks and geese, and a good amount of game birds such as pheasants, turkeys, and grouse. The state is also home to a few of the birds of prey namely, the snowy owl, bald eagle and the red-tailed hawk.

In 1891 Minnesota's first state park, Itasca State Park, was established. It is also the source of the Mississippi River. The Minnesota Department of Natural Resources manages 72 state parks, 58 state forests which expand to about four million acres. Chippewa and Superior National Forests, Voyageurs National Park, Mississippi National River and Recreation Area and Boundary Waters Canoe Area Wilderness are some examples of the protected lands in Minnesota.

The largest reported ancestries in this state are Swedish, Irish, German and Norwegian. The Hispanic population in Minnesota is rapidly on the rise and there are immigrants that are arriving from all over the world. Immigrants such as Vietnamese, Somalis, South Asians, and Hmong are among them.

Minnesota is also rich with fine arts and some of its fine arts museums include the Walker Art Center, the Minneapolis Institute of Arts and the Frederick R. Weisman Art Museum. Many Minnesotans are also quite keen in musical, theatrical and comedy events. Another main attraction in the state is the Minnesota Fringe Festival. This is an annual celebration of puppetry, dance, theater, improvisation, visual arts, kids' shows and musicals. Minnesota is also home to the largest non-juried performance arts festival in the nation. This event is known as the summer festival and incorporates over 800 performances. 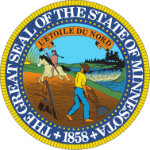 Moving Companies Minnesota - Get Free Local Moving Quotes from Movers in MN
How do you find an affordable moving company in Minnesota? Search by cities and counties to compare the moving prices and rates, compare the moving services in MN, read customer reviews and select a local mover that gives you the best deal.