Are you looking for Florida movers, then you have found the right place. Finding local Florida moving companies has never been so easy. Just enter your zip code and moving day in the search box to view available FL moving service providers in your area. You will also find many moving tips that will help you with a move.

Moving is a difficult task, doesn't matter how hard you try, damages can happen and do happen. It is very important to choose the right insurance option that will cover your household goods and your property.
Moving Insurance

Choosing the right Florida local movers is very important. It's not only about low hourly rates, there are few other things you should consider before hiring a professional moving company.
Tips on Hiring Movers

If you search on the internet, you will find many FL cheap movers. Don't rush in hiring one, do some research. There are some residential companies out there claim to be the best, but after some research, you may find out that they are not even licensed and insured.
Cheap Moving Companies

Hiring a Florida moving company based on how cheap their hourly rates are isn't always your best option. Florida professional movers who are licensed and insured will remove the stress associated with your move.
Licensed Moving Companies

So, are you moving to Florida? Well, you are not alone, about 700 people are moving to Florida each and every day. The state is one of the fastest growing states in the United States. If you are moving in a rental truck or a container, let us help you to unload your furniture into your new home once your arrive. And you're moving locally in the state, we can help you to find a full-service licensed and insured FL moving company to take care of your packing and moving needs.

Florida is a beautiful and fun place to visit and live. People have many reasons for moving to Florida, the State has everything you could possibly wish for; sun-soaked beaches, wonderful parks, warm atmosphere, shopping, dining and cultural venues.

If you have children, the best time of year to move to Florida is during the summer before school starts. It also depends on what part of the state that you are moving to. The problem with seasonal rent doesn't exist in most of North Florida. Moving rates are usually higher in the summer than in the winter. Don't be surprised when Florida movers advertise a low rate in January, charge double the amount in August.

The legendary beaches are one of the most popular attractions, along with some of the world's high-class parks, including Universal Studios, Disney World, and Sea World. Tourism is the number one industry in the state, sunshine attracts millions of travelers each year. Over 40 million travelers come to Florida every year.

Florida is located in the southeastern part of the United States, approximately 100 miles north of the Tropics. Florida is the 22nd biggest state; total area is 58,560 square miles. Florida is one of the largest states in the US east of the Mississippi River and only Alaska and Michigan are larger in the water area. Florida became a US Territory in 1821 and was the 27th state admitted to the United States of America on March 3, 1845. The capital city of Florida is Tallahassee, located in the eastern region of the Florida Panhandle. In 1512 Florida was named by Ponce de Leon "la Florida," Spanish for flowery.

Florida has a world class coastline, with many beautiful beaches, bays, and estuaries lying on the coast. The landscape in Florida is flat, with many lakes and water territories throughout most of the state. The highest point in Florida is 345ft and "Iron Mountain" is the highest point on the peninsula at 298ft. Florida also has one of the amazing park systems in the United States. There are 158 active parks (camping parks, tubing rivers, beaches and historic homes) in the state that attract more than 18 million visitors every year.

In addition to tourism, the State has many other improving industries. Florida is nation's citrus fruits capital, oranges and grapefruits are grown in here. The space industry is also the largest part of Florida's culture. Florida is a leading missile testing and launch center in the United States of America. 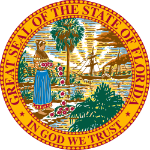 Get complete moving information at Movers Corp. Find a local moving company in Florida. Instantly compare the moving services in FL and moving rates and then book a company that is right for you.