Are you looking for Delaware movers, then you have found the right place. Finding local Delaware moving companies has never been easier. Just enter your zip code in the search box to view available DE moving service providers in your area. You will also find many moving tips that will help you with a move.

So if you are moving yourself you should know how to properly pack and load your rental truck. There are few tricks and tips on how to pack a truck the right and the most efficient way.
Loading a Moving Truck

When it's time to move, you have two options; hire a professional moving company in DE or get ready for some hard work yourself. Find out which option makes the most sense for you.
Self Moving vs Movers

Are you moving to Delaware? We would love to help you with your move. Whether you're moving in a rental truck or trailer, we have helpers and movers in Delaware waiting to assist you. Give us a call or browse through the listings of our local movers in Delaware to find a company that you feel is right for your jobs. If you are planning to move to Delaware, you probably already know that it is a state full of valuable natural resources. Delaware is known for its productive agriculture, fertile farms, fishing industry, small towns and beautiful beaches. With over 800,000 peach trees Delaware is also one of the largest growers of peaches in the United States of America. Delaware is known as the "Peach State", but the official nickname is "The First State".If you have children then the best time for your family to move to Delaware is summer when the children are home from school. However, September-May is the least expensive time of year to move. It doesn't matter when you move, we're always ready to help you with your local or long distance move.Delaware is the second smallest state (1,982 square miles) after Rhode Island and located on the Atlantic Coast in the Mid-Atlantic region of the United States of America. Delaware is a small state, but it is the first of the 13 original states to ratify the United States, on December 7, 1787. Delaware is neighbored by the major metropolitan areas of Philadelphia, Baltimore, and Washington DC. The capital city of Delaware is Dover, is located in the middle of the state.

Delaware has a proud and long history. In 1631 the Dutch explorers were the first to settle in Delaware, near the site of Lewes. But within a year all were killed by local Indian tribes. Later in 1638, Dutchman Peter Minuit established a new colony at Fort Cristina (Wilmington). New Castle was established in 1651 at present day. After thirteen years the British explorer James, the Duke of York forcibly took over the Dutch expedition and finally in 1682 the Duke passed his ownership on to William Penn.

The highest elevation in Delaware is about 450 feet above the sea level. The northern part of the state is full of hills with rolling surfaces. The state follows the Atlantic Coastal Plain with flat, sandy, and, in some parts, swampy ground. 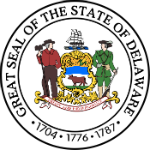 Largest County by area is Sussex (938 square miles).
Delaware along with Montana, New Hampshire, Alaska, and Oregon are the only states where no sales tax is charged.

Compare the best Delaware local movers at Movers Corp. Our site gives you an opportunity to compare the moving rates and moving services instantly and choose the moving company that is right for you. You may also find other helpful information on packing, storage, moving trucks and many other useful tips.

Moving Companies Delaware - Get Free Local Moving Quotes from Movers in DE
Go through the DE cities and counties below to find a moving company in Delaware that will send professionals movers to your home to help with your moving needs. Companies listed on MoversCorp.com provide their hourly rates and exactly what type of moving services in DE they offer.