If you are searching for Maryland moving companies, then you have found the right place. Finding residential Maryland movers has never been so easy. Just enter your zip code and desired moving day in the search box to view available MD moving service providers in your area. You will also find helpful tips and information that will help you with a move.

Moving from one home to another costs money, hiring scam movers can cost you even more and spoil the excitement. Follow the tips below to know what you can do to avoid getting ripped off.
How to Avoid Moving Scams

Moving process is not only about packing and relocating household belongings from one home to another. Unloading and unpacking need organizing too.
Unloading and Unpacking Tips

You may think you have all the time in the world to prepare for your local move. But better think otherwise. To be in charge all of the elements of a successful move, it is smart to plan out a moving timeline.
Moving Timeline and Checklist

Another way to save on your moving costs is to cut down on moving boxes and supplies. There are plenty of places to get free moving boxes, you just have to know where to look.
Free Moving Boxes

Are you moving to Maryland or looking for local movers in the state? We can help you to hire the best moving company in Maryland. We offer commercial and residential moving service in Maryland. On our site you have the possibility of comparing the moving prices and instantly hiring Maryland movers and moving laborers that are right for your budget.

We offer assistance for DIY movers such as loading and unloading of rental trucks and containers. Browse through a list of helpers in Maryland to locate one that fits your needs.

The State of Maryland is situated in the Mid-Atlantic area of the United States of America. Maryland has acquired two nicknames which are the "Free State" and the "Old Line State". The state is a rich life sciences hub and is home to more than 350 biotechnology firms which make this the third largest such cluster in the United States.

Maryland got its nickname "America in Miniature" because of the vast variety in its topography. The Free State has low marshlands which are crowded with water snakes and large bald cypress close to the bay, to sandy dunes which are dotted with seagrass located in the east. The Piedmont region is accompanied by gently rolling hills filled with oak forest and mountain pine groves can be seen towards the west.

Much of Maryland's population can be found in suburbs and cities surrounding Washington DC and also Baltimore, which is Maryland's most populated city. Alternative locations where the population is at its peak are suburban hubs such as Hagerstown in Washington County, Silver Spring, Rockville and Gaithersburg in Montgomery County and Frederick in Frederick County. The more rural areas in Maryland are located in the southern, western and eastern portions of the state.

Since Maryland is located on the East coast, its plant life deemed to be quite healthy and abundant. A vigorous level of precipitation helps when it comes to supporting plant life such as seagrass and a number of reeds. Examples of larger trees that are also abundant are Wye Oak which is a splendid example of the White Oak which is the state tree. Maryland also has a number of pines and maples that are a part of its prevalent tree life.

The state also plants foreign species of trees and plants. Some are used as novelty species while others are used as ornamentals. Some of them are: Italian Cypress, Crape Myrtle and live oak which can be found in the warmer locations in the state. The "Black Eyed Susan" is Maryland's state flower which grows in great numbers in wildflower groups. These often attract the state insect, the Baltimore Checkerspot Butterfly.

Maryland is also known to be one of the most environmentally friendly states in the nation.

There are five ancestries that are known to be the largest reported in Maryland: Irish, German, Italian, English and Unspecified American. Baltimore City, the Southern Eastern shore and Prince George's County are the main locations where African Americans are located. Northern and Western Maryland are said to have a large number of German-American individuals. Poles and Italians can largely be found in Baltimore City. Wheaton, Gaithersburg and Langley Park are locations that many Hispanics call their home. 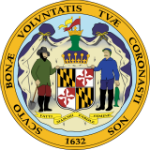 Moving Companies Maryland - Get Free Local Moving Quotes from Movers in MD
In order to make a smooth move, you have to find a local moving company in Maryland that can provide the high-quality services you desire at the lowest possible rates. MoversCorp.com lists companies that provide residential and commercial moving service in MD, click on your city to find a company that is right for you.