If you are browsing the internet for Louisiana movers, then you have found the right place. Hiring best Louisiana moving companies has never been easier. Just enter your zip code and moving day in the search box to view available LA moving service providers in your area. You will also find many moving and packing tips that will help you with a move.

You should start planning for the transfer of your pet, as well as for your household belongings as soon as you know you are going to move. Here are some helpful moving tips for you.
Moving With Pets

Anyone who plans to hire full-service movers worries about the reputation of the movers. Do they know how to handle your move? Does the state or federal government regulate moving companies in Louisiana?
How To Find Licensed Movers

When you move locally, there are many tasks to accomplish in a short period of time, as well as many valuable decisions to make. This can lead to a high potential for making mistakes that cost money. Follow the steps below to avoid money loss when you move.
Avoid Money Loss When You Move

When moving to a new house or apartment, we are all looking to save a few bucks. One of the ways to do it is to use recycled boxes. By using recycled boxes we can also help to protect the environment.
Recycled Boxes

Are you moving to Louisiana or locally to another town? We offer multiple Louisiana moving companies to choose from. Go through our local helpers and movers to find one that aligns with your values. At MoversCorp movers in Louisiana list their moving rates, availability, and moving equipment which makes the process of hiring local movers fairly seamless.

Louisiana is situated in the Southern region of America. The capital of Louisiana is Baton Rouge while New Orleans is well known as the largest city in the state. Louisiana is also known as New France and was named after King Louis XIV. Since then Louisiana has acquired some additional nicknames such as the Pelican State, The Birthplace of Jazz, The Bayou State, The Sugar State and Fisherman's Paradise.

The cost of moving services varies throughout the year. Usually, it's significantly more expensive in summer than in spring, winter or autumn. If you have the luxury of choosing a moving season, you will find that moving prices are lower in winter because kids are in school.

Louisiana has a vast number of places that are prohibited from human intervention. The Louisiana Natural and Scenic Rivers System provide drastic protection for 48 rivers, bayous, and streams in the state. Some of these protected or recognized areas include Poverty Point National Monument, Cane River Creole National Historical Park, and New Orleans Jazz National Historical Park. Kisatchie National Forest is known to be Louisiana's sole natural forest. The State of Louisiana controls 16 state historic sites, 19 state parks, and one state preservation area. The High Delta Safari Park can also be found in this state.

The State of Louisiana is abundant in natural gas as well as crude oil. Oil and gas substances can be found both onshore and offshore in State-owned areas. Ranked fourth in crude oil production, Louisiana is also home to 2 percent of the entire oil reserves in the United States. 5 percent of the natural gas in America are also located in the state of Louisiana. Supplementary industries such as the refining and transportation industries have been dominating the economy of Louisiana since the early 1940s.

Among the many states in America, Louisiana has a unique culture as a result of its French and Spanish joint heritage; both of these began before the Louisiana Purchase and the Adams-Onis Treaty. When speaking about their language, almost every resident in Louisiana speaks English, while there are minority languages such as Spanish, French, German and Vietnamese.

Similar to the alternative Southern States, Louisiana is a state dominated by a variety of religious affiliations. As a result of the Spanish and French heritage, there is a wide following for Roman Catholicism mostly in the southern area of the state. Even though Louisiana is dominated by Roman Catholics there are still those who follow different religions such as Islam, Judaism, Pentecostal, Baptist, Methodist, and Protestant. 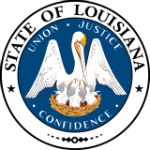 Moving Companies Louisiana - Get Free Local Moving Quotes from Movers in LA
Moving services in LA such packing and moving labor offered through city and county pages. Visit your city to find a local moving company in Louisiana that you are comfortable with and trust them with your move.