If you are searching for Massachusetts moving companies, then you have found the right place. Finding dependable and affordable Massachusetts movers has never been so easy. Just enter your zip code and desired moving day in the search box to view available MA moving service providers in your area. You will also find helpful tips and information that will help you with a move.

Should you move yourself or hire professional Massachusetts movers? This is the question that everyone is asking before the move. And like most decisions, the answer is different for everyone depending on numerous factors such as moving budget, busy schedules and difficulty of the move.
Move Yourself or Hire Movers

Some people think if they hire cheap MA movers they could save money on their move. Some moving companies will quote a low hourly rate for moving services over the phone, but it will not be the same upon arrival or there will be a lot of hidden charges.
Cheap Moving Companies

Insurance coverage is an important part of a residential move. Damage can happen when movers loading and unloading the moving truck. All licensed moving companies must provide basic liability insurance at no charge.
Moving Insurance Tips

Are you moving to Massachusetts or thinking about a new home in a city? We can help you to hire a reliable and affordable moving company in Massachusetts. Our network of helpers and local movers are ready to help you with all your packing and transportation needs.

Whether you are moving your residence or office, you will find a right Massachusetts moving company on our site. Browse through all available helpers and book one that you feel is right for your project. And if you need help with a DIY move, select moving laborers to load or unload your moving truck.

Massachusetts is situated in the New England constituency of the Northeastern United States. This state has become quite outstanding during the course of American History. The second permanent English settlement in the nation was Plymouth and many of the towns in Massachusetts were founded by colonists who arrived from England in the 1620s and 1630s.

The best time of the year to move to Massachusetts is summer; good weather and no school for children. Around this time, movers in Massachusetts may raise their prices slightly due to the high demand and volume of people that are relocating.

The capitol of the state, Boston is known as the "Cradle of Liberty" because of the agitation which eventually led to the American Revolution and the Independence of the nation from Great Britain. Massachusetts also became the first state to diminish slavery in the nineteenth century and 2004 Massachusetts became the first state in America to uphold same-sex marriage.

A majority of the state has been logged and today there are only handfuls of old growth forest in segregated pockets. Due to urbanization much of the state's vast wilderness has been lost. Mountain Lion, Gray Wolf, and Wolverine were once abundant in this state and today have disappeared.

Due to the urbanization, many of the state's wildlife are now getting accustomed to the changes in their surroundings. Raccoon, Coyote, Turkey the White-Tailed Deer can be found in the suburbs of major cities and are growing larger in numbers. Moose and Black Bear have also made a riposte in central and western Massachusetts.

The state also has a large coastline and decreasing commercial fishery. The American Lobster, Atlantic Cod, and Haddock are being cultivated in this location. Harbor Seals and Grey Seals can also be seen appearing from time to time. Many who prefer whale watching can do so in the summer. Some of the main attractions are the Humpback Whale, Minke Whale, Fin Whale and Atlantic White-sided Dolphin.

Massachusetts is the third most heavily populated state in the United States. The state has witnessed an increase and decrease in the population in recent years. While many of Bay Staters are leaving, Asians, Hispanics, African Immigrants are arriving to take their place.

English, Irish, Italian, German and French/French Canadian are the five largest ancestries of the state. The state is home to the largest percentage of Irish settlers. Other ethnicities include Polish Americans, Greek American and Lithuanian Americans. The largest immigrant group in Boston is Haitians. 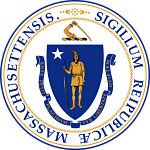 Moving Companies Massachusetts - Get Free Local Moving Quotes from Movers in MA
Go to our county and state pages to find a local moving company in Massachusetts and find out more information. Local moves are charged by the hour and each company lists their hourly rates, equipment, and moving services in MA.