If you are searching for affordable Connecticut movers, then you have found the right place. Finding dependable Connecticut moving companies has never been so easy. Just enter your zip code and moving day in the search box to view available CT moving service providers in your area. You will also find many tips and information that will help you with a move.

Moving is a stressful time, so the last thing you want is getting scammed by a residential moving company. Here are some helpful tips to follow so you can avoid getting ripped off when you move from one home to another.
How To Avoid Moving Scams

When you plan a move the first question comes to mind is hire professional movers or do everything yourself. Truck rental agencies estimate that by renting a moving truck and doing everything yourself could save you as much as 50 percent. Then another question is whether is it worth it or you should hire a moving company?
Move Yourself or Hire a Professional Mover?

Are you moving to the beautiful state of Connecticut? Let us help you with your move. Whether you're moving long distance or locally withing the state, we have the right movers in Connecticut that will help you with all aspects of your move. Through our site you may hire helpers to load and unload your truck and also full-service CT moving companies for local moves. Browse through the listings to find a mover that is right for you. Connecticut is rich with its history, nature, and art. The state has something for everyone. The beautiful state of Connecticut has been a magnet for anyone who loves sparkling river water and sun-kissed mirth. Connecticut also known as "Constitution State" is located in the New England region of the northeastern United States of America. Usually, the summer is the best time to relocate to Connecticut. It is warm and sunny and children are on break. These are the main factors for most of the families when relocating. Southwestern parts of Connecticut are considered part of the New York metropolitan area. Connecticut is ranked 48th in size by area (5,544 square miles) and making it the 4th most densely populated state. Connecticut is one of the 13 original colonies and in 1764 became home to the nation's first newspaper (the Hartford Courant). Connecticut's capital is Hartford.

It is an easy drive from Connecticut to New York, New Jersey and Massachusetts for a day and weekend trips, is the picturesque southern gateway to New England. The northwestern part of the Nutmeg State is rich with rolling landscapes, dainty villages centered upon town greens, lots of hiking and bicycling trails, and many antique shops.

Despite its size, the Connecticut has regional variations in landscape and culture from the wealthy estates to the rolling mountains and horse farms of northwestern Connecticut. Due to the climate, the state offers easily accessed forests, rivers, lakes and waterfalls, all developed for recreation. It has some of the most well-known beaches in the United States.

Connecticut produces weapons, jet engines, helicopters, motors, hardware and tools, silverware, and submarines. Connecticut leads the region in the production of mushrooms, eggs, tobacco, fabricated metal products, pears, and peaches. Connecticut is strongly associated with Boston and New York City. Connecticut is the richest state in the union and enjoys the highest per capita income in the country.

Did you know that the burger was invented in CT? According to a legend, one day in the year 1900 a man ran into a small New Haven luncheonette and asked for a quick meal that he could eat on the run. The owner hurriedly stuffed a broiled beef patty between two slices of bread and sent the happy customer on his way. 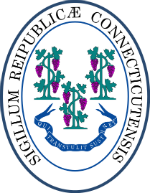 
Moving Companies Connecticut - Get Free Local Moving Quotes from Movers in CT
Search through cities and counties below to find a local moving company in Connecticut that is providing services or products in the most efficient and professional manner. You will find a variety of moving services in Connecticut at affordable prices.